Plandemic! and Conspiracy Theories: War on Truth by Far-Right Extremism 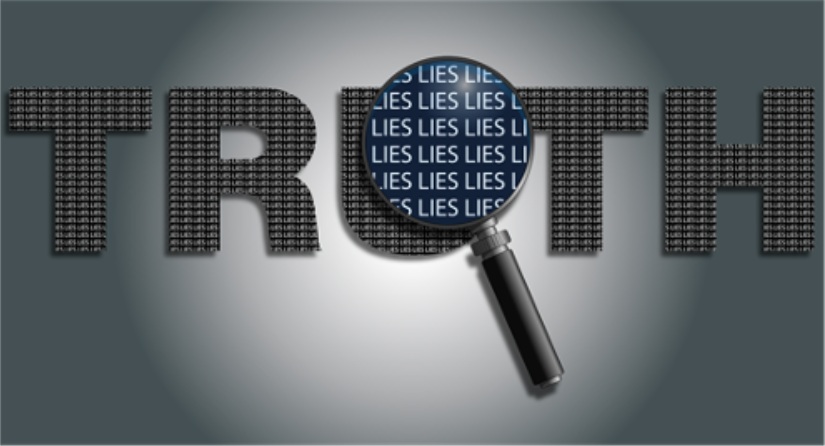 One of the most vital tools for Fascist movements is to devalue the very concept of truth. No one seems better at this job than former US President Donald Trump. Throughout his campaign and presidency, he echoed numerous conspiracy theories and sought to devalue any type of truth through phrases such as “Alternative Facts” and “Fake News.” To begin my analysis, I start with a quote that resembles today’s political climate regarding Far-Right Extremism and conspiracy theories surrounding the SarsCovid19 virus. Here is an excerpt from a speech by Fascist dictator Benito Mussolini:

We Fascists have always expressed our complete indifference toward all theories. We Fascists have dared to discard all traditional political theories, and we are aristocrats and democrats, revolutionaries and reactionaries, proletarians and anti-proletarians, pacifists and anti-pacifists. It is sufficient to have a single fixed point: the nation. . . From the fact that all ideologies are of equal value, that all ideologies are mere fictions, the modem relativist deduces that everybody is free to create for himself his own ideology and to attempt to carry it out with all possible energy.
—Benito Mussolini, quoted in Franz Neumann, Behemoth (New York: Octagon Books, 1963), pp. 462–63. [Italics Mine]

Sound familiar? The quote above exemplifies our current political epoch. It explains the disregard of the medical community when it comes to implementing measures to stop the spread of a highly contagious virus. Everyone is entitled to their own truth within the Trump Administration, which serves the ideology of Fascism. Therefore, the truth about SarsCovid19 and proven preventative steps are questioned under the guise of critical inquiry and fear of government control.

Sure, healthy skepticism should be encouraged. For Fascists, however, it’s not about skepticism. It’s an ideology that devalues truth at the highest level and preys on individual fears for political purposes such as nationalism. For instance, wearing a mask indoors is medical advice to prevent the spread of SarsCovid19. It’s not rocket science; it’s common sense for a disease that is spread mostly through air droplets. Yet, wearing masks is not the major concern for President Trump and his supporters. It’s about blaming China as much as possible and using nationalism to politicize a pandemic.

It seems odd that other liberal democracies such as South Korea and Japan wear masks to prevent the spread of the common cold and influenza. Yet, in a culture that’s been curated for decades by conspiracy theorists, essential medical advice is seen as an attack on all civil liberties. It’s the beginning of tyranny by the ‘globalists’, including China, and therefore, must be stopped by any means necessary.

If the movement was about civil liberties, why are they okay with wearing seatbelts? What about regulations regarding intoxication and operating a vehicle? Those go unquestioned by Far-Right groups because there is no room for conspiracy theories to spread mistrust and create fear of other nationalities. There needs to be uncertainty, which the SarsCovid19 creates and allows conspiracy theories to flourish and the Far-Right increase their recruitment. And, they are succeeding. While Trump lost the recent election, more people voted for him in 2020 than in 2016.

Soon after government measures were implemented in the United States, unsubstantiated and outright absurd conspiracy theories emerged. One suggested that the 5G network made people sick, while others suggested it was created in a Chinese laboratory as a biological weapon. President Donald Trump’s insistence in calling this coronavirus the Chinese Virus only helped validate such claims among conspiracy theorists.

Soon after the pandemic spread on a global scale, a documentary called “Plandemic” created by controversial scientist Dr Judy Mikovits was released on YouTube; it has received over eight million views. According to a New York Times article;

Her ascent was powered not only by the YouTube video [Plandemic] but also by a book that she published in April, “Plague of Corruption,” which frames Dr. Mikovits as a truth-teller fighting deception in science. In recent weeks, she has become a darling of far-right publications like The Epoch Times and The Gateway Pundit. Mentions of her on social media and television have spiked to as high as 14,000 a day, according to the media insights company Zignal Labs. [Italics Mine]

Dr Mikovits even claims that wearing masks increases our susceptibility to the virus by weakening the immune system. As a result, there must be a more nefarious explanation for wearing masks such as a tyrannical government. While Plandemic was removed, such de-platforming only further legitimizes conspiracy theorists. Indeed, Plandemic is a pseudo-documentary, and all the claims have been debunked. So, how do these conspiracy theories relate to Far-Right wing groups? They establish mistrust and fear, which creates a culture ripe for simple answers to complex problems and lack of confidence in journalism. It also has a political agenda of supporting the efforts of Donald Trump to politicize a pandemic under a nationalistic ideology.

Plandemic and its eight million-plus views cannot be explained away as an isolated phenomenon. According to a Pew Research poll, there is a mistrust of journalism among the American citizenry; 52 percent say they have not much or no confidence in journalism. The public is “somewhat more likely to think that journalists have ‘low’ or ‘very low’ ethical standards (56%) than ‘high’ or ‘very high’ standards (43%).” The question is why?

What creates public mistrust of journalism during a pandemic? In my view, it is a result of Far-Right groups spreading unsubstantiated and outright absurd statements across the Internet and social media that often goes ignored and unchecked. Far-Right groups exploit these unchecked media outlets to spread false information. Such actions should not be a surprise. The lack of fact-checking on social media platforms were brought to the public’s attention in 2018 with congressional and senate hearings of Mark Zuckerberg.

Representative Alexandria Ocasio-Cortez questioned Facebook CEO Mark Zuckerberg while testifying before the House Financial Services Committee regarding the lack of fact-checking in political advertisements on Facebook back in 2018. Congresswoman Ocasio-Cortez asked Zuckerberg pertinent questions at the end about White Nationalist groups spreading information on Facebook:

REP. ALEXANDRIA OCASIO-CORTEZ: One question. One more question. In your ongoing dinner parties with far-right figures, some of whom advance the conspiracy theory that white supremacy is a hoax, did you discuss so-called social media bias against conservatives? And do you believe there is a bias?

MARK ZUCKERBERG: Congresswoman, sorry, I don’t remember everything that was in the question.

REP. ALEXANDRIA OCASIO-CORTEZ: That’s all right, I’ll move on. Can you explain why you’ve named The Daily Caller, a publication well documented with ties to white supremacists, as an official fact-checker for Facebook?

MARK ZUCKERBERG: Congresswoman, sure. We actually don’t appoint the independent fact-checkers. They go through an independent organization called the Independent Fact-Checking Network that has a rigorous standard for who they allow to serve as a fact-checker.

REP. ALEXANDRIA OCASIO-CORTEZ: So, you would say that white supremacist-tied publications meet a rigorous standard for fact-checking? Thank you.

Shifting the blame does not help Zuckerberg’s case. It only demonstrates the lack of formal vetting, resulting in a plethora of misinformation and Fascist ideologies to flourish among social media under the guise of critical inquiry. The problem is much more serious when feed-based social media is taken into account. For instance, if you were searching Plandemic and conspiracy theories on YouTube or Facebook, political ads and recommended videos will appear on these feed-based social media that only reaffirm such beliefs. It helps the recruitment process because individuals are re-exposed to the same lies. As a result, we have a major problem to contend with; the recruitment among Far-Right extremist groups who use conspiracy theories to create mistrust through social media platforms. By the time that they are de-platformed, they already have enough followers to create their own websites. Social media in many respects profits from conspiracy theories and Far-Right extremism because they get more “views” that elicits responses. The more views a post receives, the more of an audience social media companies have to sell to targeted advertisers.

We must see this problem as systemic to liberal capitalism. Moreover, it should not have taken the acts of terrorism on 6 January 2021 in Washington, DC to start seeing Fascism as a realistic threat in the United States.

Steven Mesaros is a PhD Candidate in the Department of Politics at York University in Toronto, Ontario. His major is in Political Theory with a minor in International Relations. His doctoral research is on the rise of right-wing extremism in the United States. He completed his Masters degree at York University. His research provided a Marxian analysis of worker displacement and the restricting of work in the automotive industry in the United States. He completed a Honours BA degree at Trent University where he majored in Political Science and minored in Business Administration.

Prior to entering the PhD program at York University, Steven taught introductory and senior-level courses at the secondary level in South Korea for nine years.